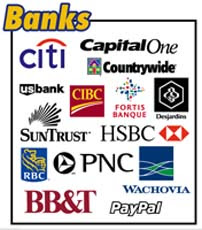 TAREK FATAH
The Globe and Mail

It seems only yesterday that Premier Dalton McGuinty declared: “There will be no sharia law in Ontario.” Many of us, who witnessed the medieval nature of manmade sharia laws in our countries of birth, heaved a sigh of relief back in September of 2005. We thought this was the end of the attempt by Islamists to sneak sharia into a Western jurisdiction. We were wrong.

The campaign to introduce sharia is back. Last time, the campaign took a populist approach, invoking multiculturalism. This time, the pro-sharia lobby is dangling the carrot of new niche markets and has the backing of Canada’s major banks. Such icons of the corporate world as Citibank NA, HSBC Holdings PLC, and Barclays PLC have endorsed sharia banking and have started offering Islamic financing products to a vulnerable Muslim population.

In May, 2007, The Globe reported that “Several Canadian financial institutions are preparing sharia-compliant mortgages, insurance, taxi licensing and investment funds to help serve the country’s fastest-growing part of the population.” Recently, the Toronto Star’s business section reported that an unnamed bank may offer sharia loans as early as this summer; Le Journal de Montreal disclosed that Canada Mortgage and Housing Corporation(CMHC) was also getting in on the act. Stephanie Rubec, spokesperson for the CMHC, said the Crown corporation had launched a tender worth $100,000 to study Islamic mortgages for Muslim Canadians. Could she be oblivious to the fact that almost all Muslim Canadians currently have home mortgages through banks and don’t feel they are living in sin? In fact, CMHC has gone a step further: It has quietly entered into a partnership with a Saudi company, AaYaan Holdings, to develop sharia-compliant mortgage-lending systems.

The origin of Islamic banking has its roots in the 1920s, but did not start until the late 1970s and owes much of its foundation to the Islamist doctrine of two people — Abul Ala Maudoodi of the Jamaat-e-Islami in Pakistan and Hassan al-Banna of the Muslim Brotherhood in Egypt. The theory was put into practice by Pakistani dictator General Zia-ul-Haq who established sharia banking law in Pakistan.

Proponents of sharia banking rest their case on many verses of the Holy Koran that outlaw usury, not interest.

Verses that address the question of loans and debts include:

Every English-language translation of the Koran has translated the Arabic word riba as usury, not interest. Yet, Islamists have deliberately portrayed bank interest as usury and labelled the current banking system as un-Islamic. Instead, these Islamists have created exotic products with names that are foreign to much of the world’s Muslim population. This is where they mask interest under the niqab of Mudraba, Musharaka, Murabaha, and Ijara.

Two authors, both senior Muslim bankers, have written scathing critiques of sharia banking, one labelling the practice as nothing more than “deception,” with the other suggesting the entire exercise was “a convenient pretext for advancing broad Islamic objectives and for lining the pockets of religious officials.” Why Canadian banks would contribute to this masquerade is a question for ordinary Canadians to ask.

Muhammad Saleem is a former president and CEO of Park Avenue Bank in New York. Prior to that, he was a senior banker with Bankers Trust where, among other responsibilities, he headed the Middle East division and served as adviser to a prominent Islamic bank based in Bahrain. In his book, Islamic Banking — A $300 Billion Deception, Mr. Saleem not only dismisses the founding premise of sharia and Islamic banking, he says, “Islamic banks do not practise what they preach: they all charge interest, but disguised in Islamic garb. Thus they engage in deceptive and dishonest banking practises.”

Another expert, Timur Kuran, who taught Islamic Thought at the University of Southern California, mocks the very idea. In his book, Islam and Mammon: The Economic Predicaments of Islamism, Prof. Kuran writes that the effort to introduce sharia banking “has promoted the spread of anti-modern currents of thought all across the Islamic world. It has also fostered an environment conducive to Islamist militancy.”

Dozens of Islamic scholars and imams now serve on sharia boards of the banking industry. Moreover, a new industry of Islamic banking conferences and forums has emerged, permitting hundreds of sharia scholars to mix and mingle with bankers and economists at financial centres around the globe. In the words of Mr. Saleem, who attended many such meetings, they gather “to hear each other praise each other for all the innovations they are making.” He gives examples of how sharia scholars only care for the money they get from banks, willing to rubberstamp any deal where interest is masked.

No sooner had CMHC announced its plans to study sharia-compliant mortgages, than an imam from Montreal’s Noor Al Islam mosque offered his services to Canada’s banks, claiming Muslims are averse to conventional mortgages because “it goes against their beliefs,” a claim that would not withstand the slightest scrutiny.

Other academics who have studied the phenomenon have reached similar conclusions. Two New Zealand business professors, Beng Soon Chong and Ming-Hua Liu of Auckland University, in an October, 2007, study on the growth of Islamic banking in Malaysia, wrote: “Only a negligible portion of Islamic bank financing is strictly ‘profit-and-loss sharing’ based. … Our study, however, provides new evidence, which shows that, in practice, Islamic deposits are not interest-free.” They concluded that the rapid growth in Islamic banking was “largely driven by the Islamic resurgence worldwide.”

In the name of Islam, deception and dishonesty is being practised while ordinary Muslims are being made to feel that their interaction with mainstream banks is un-Islamic and sinful. As Mr. Saleem asks, “If Islamic banks label their hamburger a Mecca Burger, as long as it still has the same ingredients as a McDonald’s burger, is it really any different in substance?”
——————————–
Tarek Fatah is the author of Chasing a Mirage: The Tragic Illusion of an Islamic State, to be published in March.